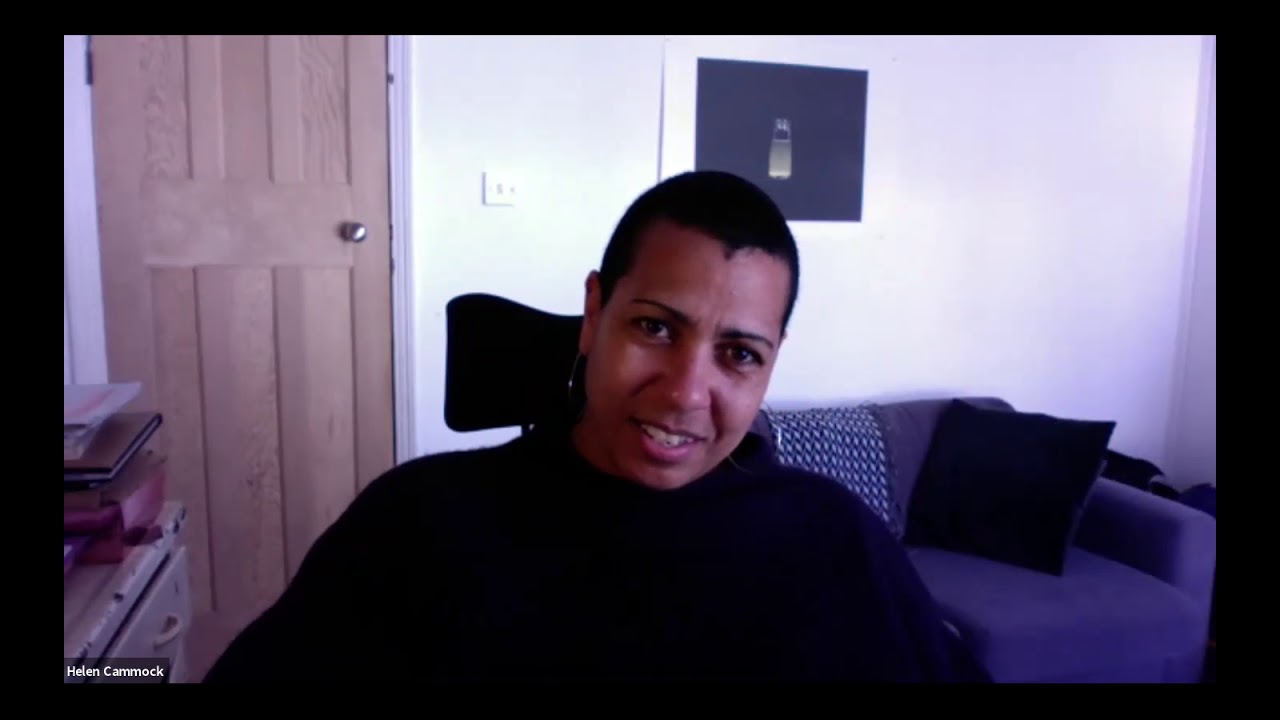 In this reflective online talk for those in the creative industries, Helen and Tai discuss their experiences as visual artists, including developing and maintaining their practice in the current climate and activating collaborations with and supporting peer networks.

Helen Cammock works across film, photography, print, text and performance. She produces works stemming from a deeply involved research process that explore the complexities of social histories. Central to her practice is the voice: the uncovering of marginalised voices within history, the question of who speaks on behalf of whom and on what terms, as well as how her own voice reflects in different ways on the stories explored in her work. She won the Turner Prize in 2019 and the Max Mara Prize for Women. Major exhibitions have included those at Wysing Art Centre, Void, Derry and Cubitt Gallery. Cammock’s practice is characterised by fragmented, non-linear narratives. Her work makes leaps between different places, times and contexts, forcing viewers to acknowledge complex global relations and the inextricable connection between the individual and society.

Cammock was the joint winner of the Turner Prize 2019 and her exhibition The Long Note,  was presented at Turner Contemporary, Margate as part of Turner Prize, 2019. She was winner of the 7th Max Mara Art Prize for Women. Her subsequent exhibition, Che Si Può Fare  (What Can Be Done) premiered at Whitechapel Gallery, London from June – September 2019 and and then moved to Collezione Maramotti, Italy.  Her film They Call It Idlewild, 2020 commissioned by Wysing was shown at Kunsthaus Bregenz, Austria and was part of a new show I Decided I Want To Walk at Kate MacGarry, London, this Autumn. A new film Concrete Feather and Porcelain Tacks, has been commissioned with Film and Video Umbrella, London; Touchstones Rochdale Museum and Gallery, and The Photographers Gallery, London and will be exhibited in solo exhibitions at The Photographers Gallery and Rochdale Museum in 2021. Later this year Serpentine Gallery, London will present Cammock’s project Radio Ballad:  Bass Notes and Sitelines, a radio programme and series of live performance events. She is part of British Art Show 9 and has recently begun work on a project with Rivers Institute and Amistad archives, New Orleans which will exhibit at Art & Education, Los Angeles. She has solo presentations coming up at Oakville Galleries, Toronto; STUK, Leuven; Kestner Gessellschaft, Hannover. Helen lives and works in London. www.helencammock.co.uk

Tai's multidisciplinary practice, comprising performance, film, photography and installation, revolves around experimental narrative texts. Shani creates violent, erotic and fantastical images told in a dense, floral language which re-imagines female otherness as a perfect totality, set in a world complete with cosmologies, myth and histories that negate patriarchal narratives. These alternate between familiar stylistic tropes and structures and theoretical prose in order to explore the construction of subjectivity, excess and the affects of the epic as the ground for a post-patriarchal realism. Tai project DC Productions (2014-2019) proposed an allegorical city of women, it was an experimental and expanded adaptation of Christine de Pizan's 1405 pioneering feminist book, The Book of the City of Ladies within which Christine builds a city for notable women drawn from a medieval conception of history, where fact, fiction and myth are blurred. This non-hierarchical approach also determined the construction of the characters and narrative of DC. The collected texts were published in 2019 as Our Fatal Magic. www.taishani.com